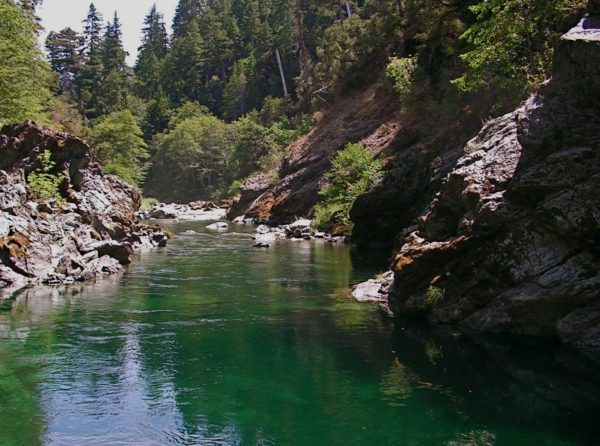 The proposed wilderness is situated in the river’s V-shaped, rugged canyon, where it hosts resident trout, Chinook salmon, and winter-run steelhead. Downstream, the Middle Fork Eel supports what is presently considered to be the southernmost population of summer-run steelhead on the West Coast and the largest single run of summer steelhead in the state. Rich oak forests, meadows, and abundant ancient pine, fir and cedar forest grace the slopes above the river. The Forest Service notes that the region contains so many pristine archeological sites that it is of “exceptional” cultural importance. The Black Butte has been rated as a class IV+ stream (very difficult) by American Whitewater for those brave enough to kayak it.

The Bauer brothers had this to say in American Whitewater Journal after running the stream in the 1970s: “The Black Butte is an all-time classic! We all agreed that we had never experienced a better combination of fantastic rapids, beautiful scenery, abundant wildlife, and isolation from humanity. Along the way we saw a bear, otters, golden eagles, deer, and some bunnies…For more than twenty miles along the river corridor there were literally no traces left by mankind. Pure wilderness at its best. I can hardly say enough about the quality of the rapids – mile after mile of exhilarating class III-IV+.” The proposed wilderness also has several historic foot and horse trails that offer almost guaranteed solitude.