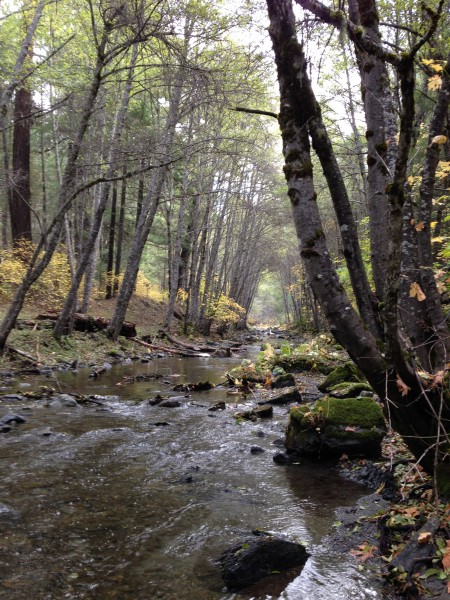 The South Fork Trinity River is one of the largest undammed river systems in California. The river and its tributaries support important populations of threatened and endangered salmon and steelhead and old-growth forest dependent wildlife species. The river and tributaries also offer outstanding outdoor recreation opportunities.

The East Fork South Fork with headwaters in the Yolla Bolly Middle Eel Wilderness provides the greatest amount of habitat in the upper South Fork Trinity system for spring Chinook salmon and winter steelhead, contributing significantly to the maintenance of fish communities throughout the entire South Fork watershed.

Fish biologists identified the East Fork South Fork to be a high priority watershed for the recovery of depressed South Fork fish stocks. Although its watershed is recovering from past forestry abuses, the stream possesses the greatest amount of fish habitat in the South Fork system and will play a key role in the recovery of the South Fork as one of the most productive steelhead streams in the region. The East Fork South Fork also supports coho salmon and its watershed provides habitat for spotted owl, goshawk, Peregrine falcon, and Pacific fisher and several sensitive plants.